Discovered on a trip to Tahiti, I was captivated by the wealth of beautifying assets embodied in this South Pacific island’s exquisite oil, Monoï de Tahiti.  As a moisturizer delivering glossy, smooth hair and soft, supple skin, Monoï is undoubtedly the most voluptuous and obsessive scent a woman could dream of.
A supremely aromatic creation, Authentic Monoï oil is hand-crafted in accordance with strict Tahitian guidelines.  Made by steeping French Polynesia Tare Flowers (a Tahitian variety of gardenia) in virgin island coconut oil, the Tare blooms are removed and replaced up to 12 times, infusing their fragrant scent into the coconut oil. The native island coconut oil in Monoï protects skin's lipid barrier, as well as easily penetrating hair follicles, preventing loss of moisture. There is also evidence that Monoï offers a firming effect on the skin; women who participated in a study conducted by the Institut du Monoï, a nonprofit organization founded by the Tahitian government to promote Monoï , showed a 27 percent increase in elasticity over 28 days of use.
As one of several ancient botanical beauty products favored in distant locales, such as Moroccan Argan oil or French Kaolin Clay, much of Monoï's legendary past has also been scientifically upheld. Tahitian Tare flowers hold high levels of methyl salicylate, known for their cleansing and calming effects. These benefits are passed on during the 12 day infusion process, where these properties are transferred to the oil.  Although coconut oil has always been a prominent oil for hair and skin, the island grown coconuts used for Monoï have exceptional properties, containing additional proteins producing a silkier, less heavy oil. The result is pure bliss.
The heart of Monoï's appeal is primitive and simple - it is paradise in a bottle.  Like it’s island of origin, crashing waves, pure white sand and tropical flora, Monoï is in itself a soothing utopia.
Try Monoï Oil or our exquisite Tahitian Gardenia Perfume and be transported.

Tell us what you think, and please keep it clean! 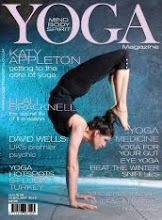 Dingo was the Winner of the Green with Envy Award! "ENVY Magazine awards 30 of Texas' most ecologically conscious organizations for their hard work and innovative products."

NEW! Help at Your Fingertips

Have a product, beauty or skin care question? Email our Beauty Advisor for answers!
kathy@dancingdingo.com